Whoever said beauty has no brains was not familiar with these intelligent females who both have been blessed with an abundance of beauty and brains and not to mention that their smart decisions have led them to make millions of dollars.

Women are generally seen on the arms on of rich men as arm candy but these twelve women are changing the course of gender equality.

Since only 8% percent of the women are counted amongst the billionaires, it is still seen as commendable. Hopefully the numbers will keep rising as these females will prove to be an inspiration for all others.

Of course they are girls born to rich dads or marry rich husbands and some women even earn their top dollar by joining the modelling, music or acting industry but very few of them can compare to the powerful businesswomen who have earned their worth by using brains. Some of these rich pretty ladies seem to have been blessed by equally good looks. Luckily for their male counterparts, not all these ladies are living a life of martial bliss and some of them may be open to meeting eligible bachelors.

Here is the list of the beauties with brains!

Bold and beautiful, this forty nine year old bachelorette has a brain to be admired. She is considered one of the most successful business women in her position as a CEO of Tory Burch, LLC, the fashion company she built after her graduating from an Ivy League School, University of Pennsylvania.
With a net worth of over $1 billion, she is the queen bee of the fashion industry today. 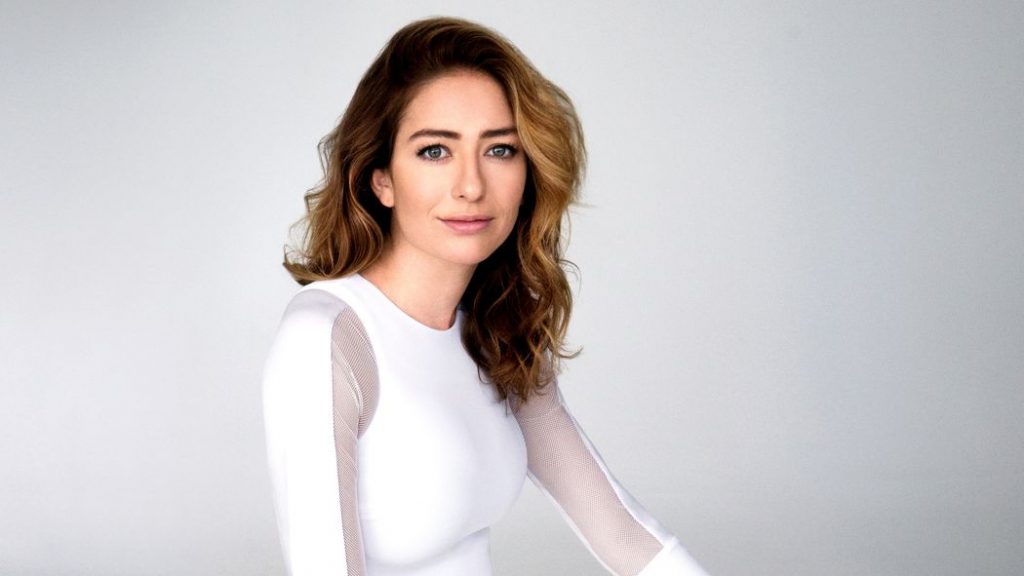 Social media is changing lives. From sites where you can post and comment to your hearts content, meeting people for dates is also happening through dating app Tinder. Whitney was one of the seven founders who decided to take dating to a new level via a smart phone, and in the process she has made millions of dollars as young people flock towards the smart phone app, hoping they find their one and only true love on Tinder!

Sadly, the pretty lady is no longer with Tinder, she ended up leaving after filing a sexual harassment lawsuit against another co-founder Justin Mateen and there was a settlement amount which was not revealed to the public. She left Tinder to start another dating app, Bumble, which is not as successful as Tinder, but since she is still receiving royalties from Tinder and the profits that Bumble is making, we can safely assume that she won’t be filing for bankruptcy any time soon.
Bumble must a good app to try, since Whitney is still gorgeous at 26, she hoping to meet someone on Bumble since she updates her full dating profile there! Who knows she might meet her Prince Charming from her own prized brainchild app. 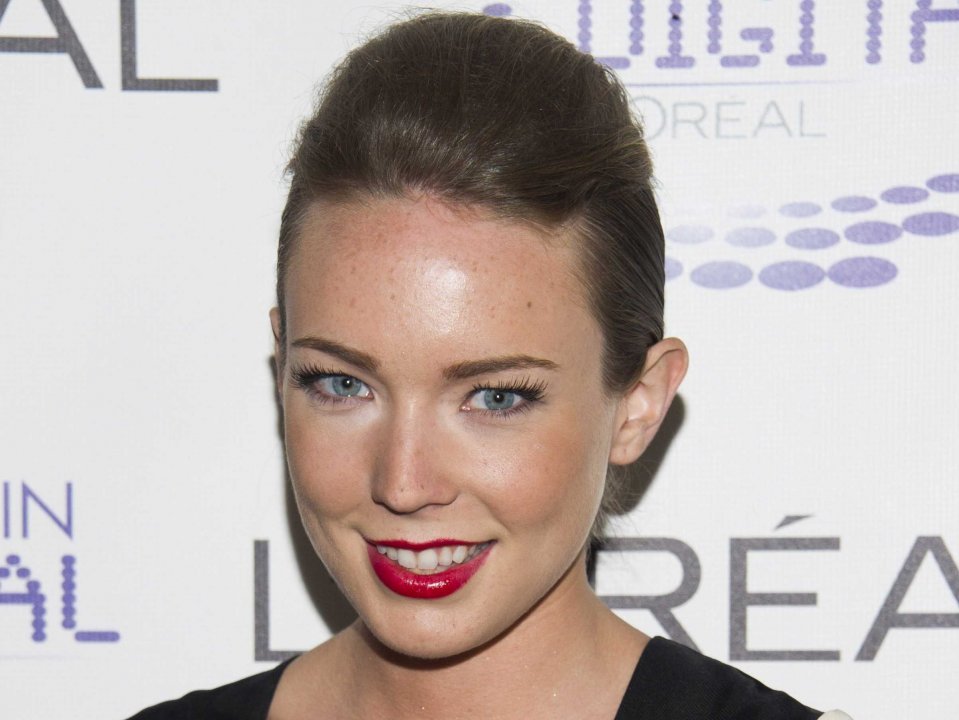 Single, successful and 26, Kelsey Falter is well known for starting a company Poptip, which assists companies in completing marketing surveys. She started the company when she was 21, dropping out of Nortre Dame a semester before she graduated. While it was a risky decision to take, she decided to live while she was still young and free, and follow her passion. Poptip grew quickly in popularity and when its full potential was seen by other companies, a multi billion dollar company Palantir bought it off Kelsey Falter for an undisclosed million dollar amount.
She is currently busy for other businesses to start but with her beauty and looks, it can’t be that hard, can it be? 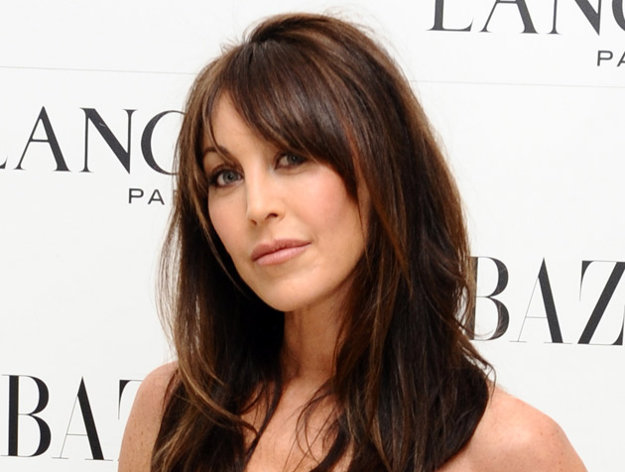 Jimmy Choo has one of the most breathtaking shoe and handbag collections who tug at everyone’s hearts and the bank accounts. Tamara Mellon is one of ladies who are gracefully ageing with their million of dollars in their bank accounts.
The British Fashion designer Tamara co- founded a company which was out to change the luxury of shoes and handbags as we know it. This company brings in over $400 million in revenue from the sale of its high end shoes and accessories. As a result, Ms. Mellon has benefited and managed to earn a modest fortune of around $180 million. While the beautiful co-founder has been dealing with some drug addiction and financial issues, she is still looking good and her finances seem to be on the high road as she nears the half century point in her life! 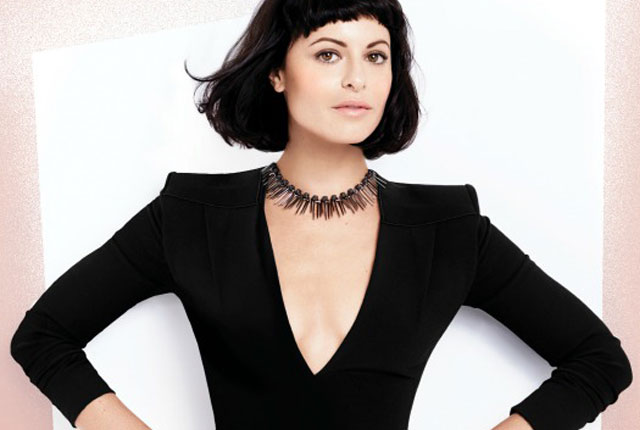 This exotic beauty, Sophia Amoruso made her fortune by starting an online clothing store which she named Nasty Gal. Nine years ago, as a twenty-three year old girl she started selling her very own label on eBay, advertising them on MySpace and she climbed the ladder to success by becoming an internationally known fashion retailer. About twelve months ago, Sophia decided to step down from her full time job as the CEO of Nasty Gal and started a writing career. She published her book #GIRLBOSS, which is suppose to an inspiration for women to start their own businesses. Her book is now being adapted into a television series by Netflix, on which Sophia will be consulting. She went from being a Fashion Model to a fashion designer and in the process managed to gain about a net worth of $250 million dollars. 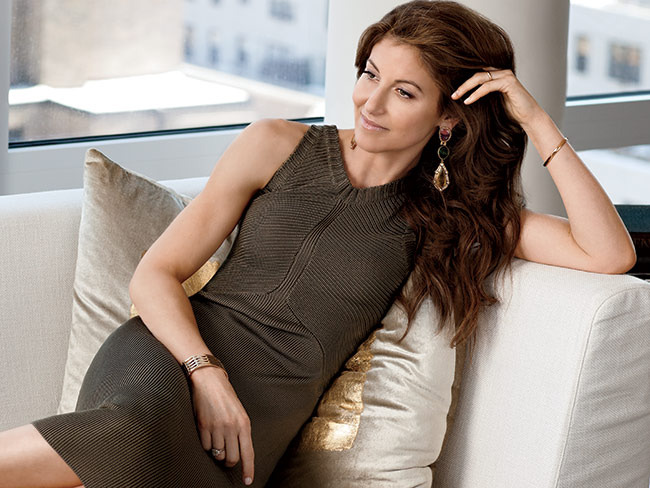 The last name rings a bell and Dylan is none other than the raving beautiful daughter of designer Ralph Lauren. Apart from being a heiress to the million dollar fortune of her father, she has successfully made millions from her own candy and confectionery business Dylan’s Candy Bar which was founded in 2001.
Currently she is worth about $4 billion dollars which is just as sweet as her candy business which is now the world’s largest supplier of candy. I mean which little girl doesn’t dream of owning her own Willy Wonka Candy Factory right? 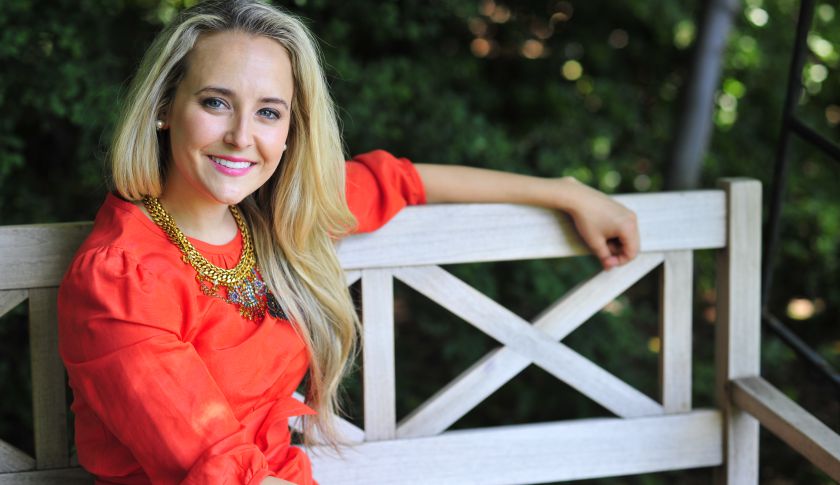 Seems like Ivy League schools sure know to train the future business leaders of the country. Alexa von Tobel was a student at Harvard Business School in 2008 and then the economy was hit by recession and Alexa thought that while other companies shut down, she could use her skills to start her own financial planning company.
The plan proved to be the right thing to do since eight years later, Alexa is the wealthy CEO of a LearnVest with a net worth of $80 million and counting. LearnVest is an online financial planning website that people can use for budgeting, financial planning, saving for vacations and securing finances for retirement. With her blue eyes and blonde hair, her beauty and brains combine together to create a timeless classic of a financial institution. 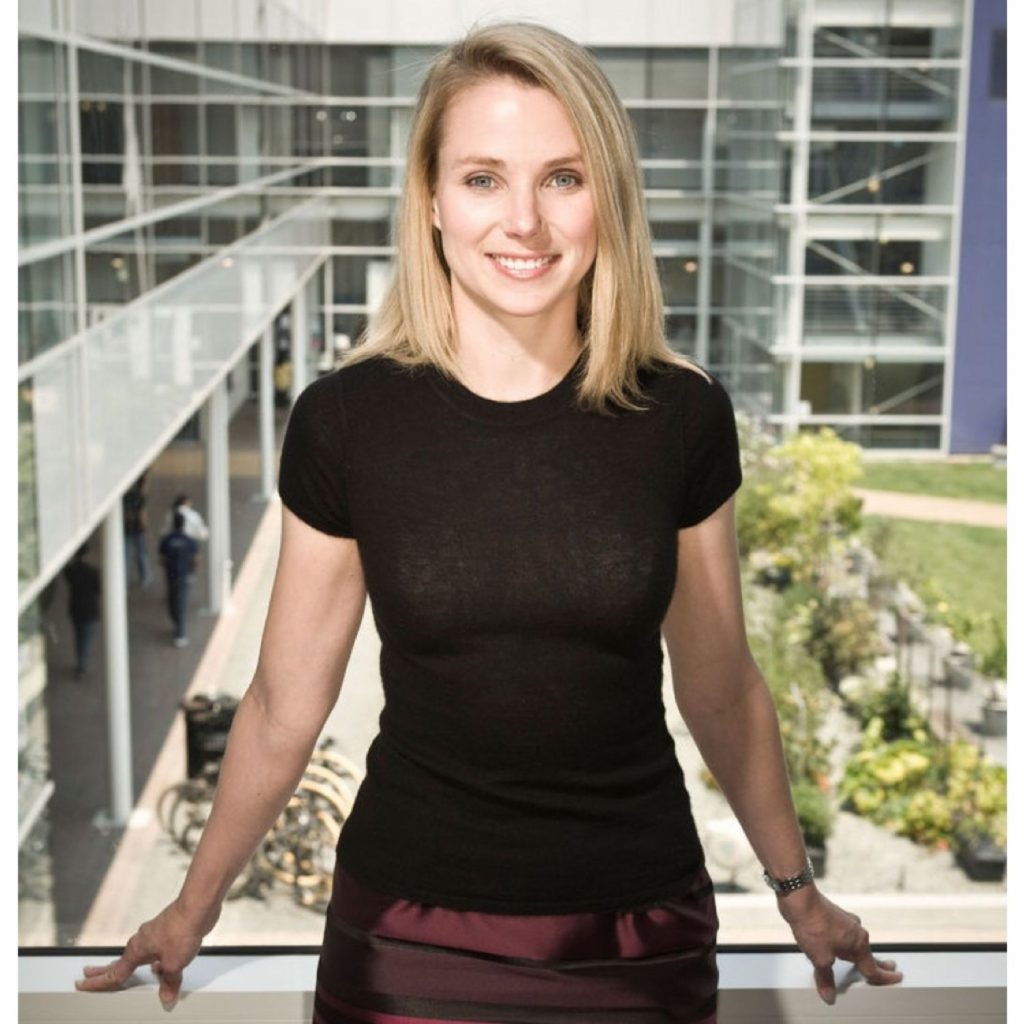 We are all familiar with the Yahoo email provider and a number of other sectors that the website has diversified into, Marissa Mayer is the driving force behind it. It is estimated that she has a net worth of $380 million and she earns an annual salary of $40 million which puts her at the highest executives in the country. After leaving Stanford University with an undergrad and graduate degree, Google thought she that Marissa would have a promising career and she was one of Google’s 20 original employees where she continued to succeed in her career, till Yahoo offered her a better position and a heftier pay check and she ditched Google to go work for their rival company Yahoo. 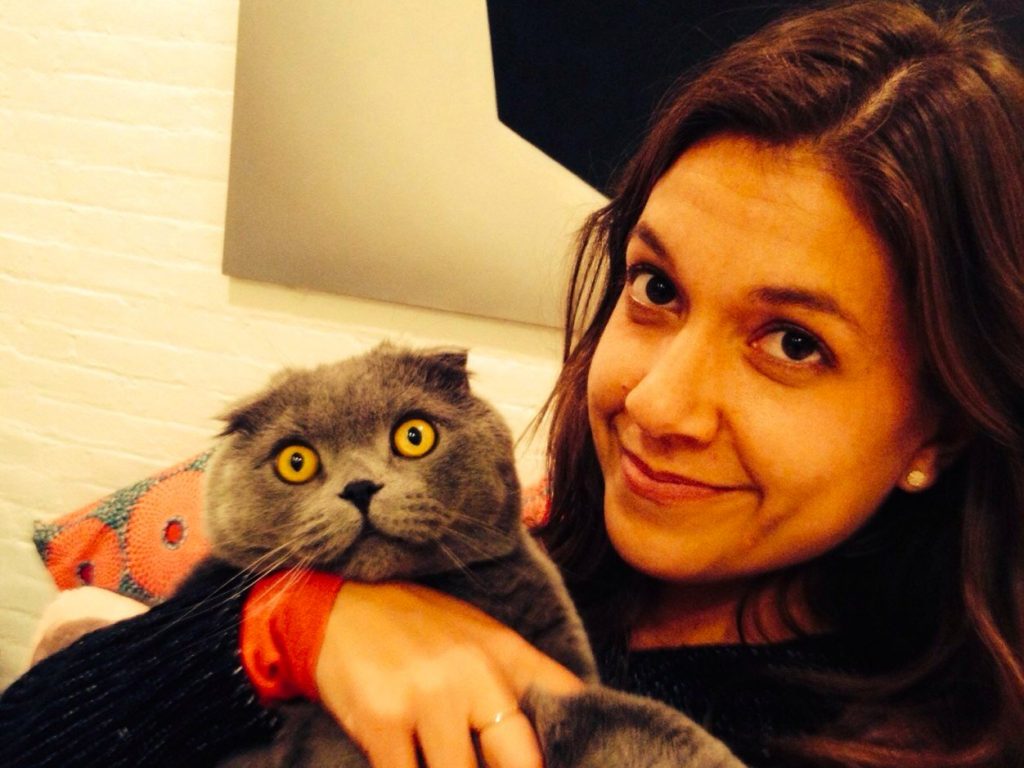 Izzie Lerer is another animal lover lady who serves as an inspiration for us that we can be rich and successful by caring for our furry and feathery friends. Izzie found Dodo in 2013, which is a website dedicated to animal rights. Dodo has managed to raise over $50 million and counting. Following Dodo’s success and of course, its owners influence, Discovery Channel and Huffington Post, Dodo is now a roaring success in a little over two years. Thousands of animals have benefited from this project, as millions are raised on it and donated to organizations who wholeheartedly feel for our animals.
We are happy to say that her fortune has not been generated by fund raising for the animals, just her fame but she was born into a extremely wealthy family and at age thirty, she is the heiress to the empire. 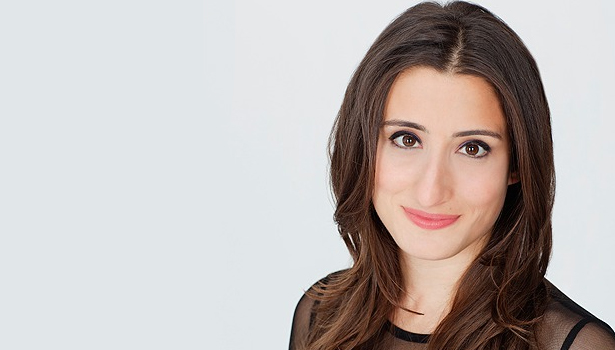 Hayley Barna made her fortune by starting a beauty company with her friend Katia Beauchamp in 2010, after they both graduated from Harvard with an MBA degree.
Birchbox is a women’s cosmetic company which was founded in an apartment and now is now a billion dollar company and counted amongst the big cosmetic industry. The love of make up for women is never ending, so will be the profits for these cosmetic giants. Hayley Barna played a major role in setting up and leading the company to reach never heights, last year in 2015, she stepped down from her role as co-CEO and now serves on the board of directions. She is 31 and she is one of the women who successfully started her career by doing something she was passionate about. Makeup! 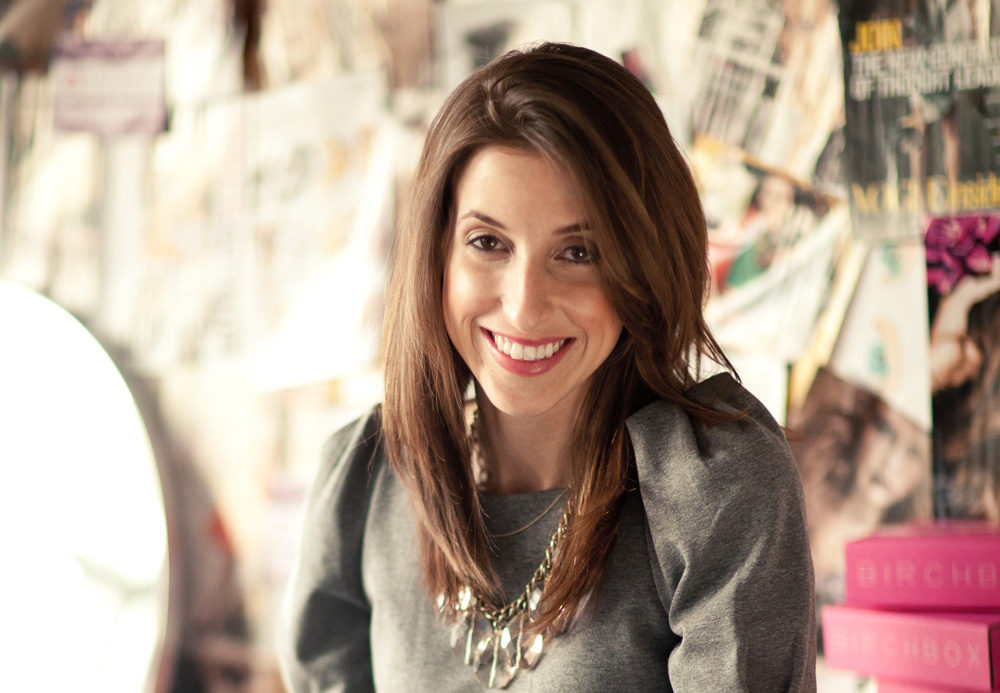 32, stunningly gorgeous looks with a stash of close to one billion dollars who won’t want to be Katia Beauchamp. She is the CEO of Birchbox Cosmetics and is now considered one of the most influential women in the industry. Even though cosmetics are considered a women’s niche, most significant companies are owned and run by men by Birchbox is an exception. 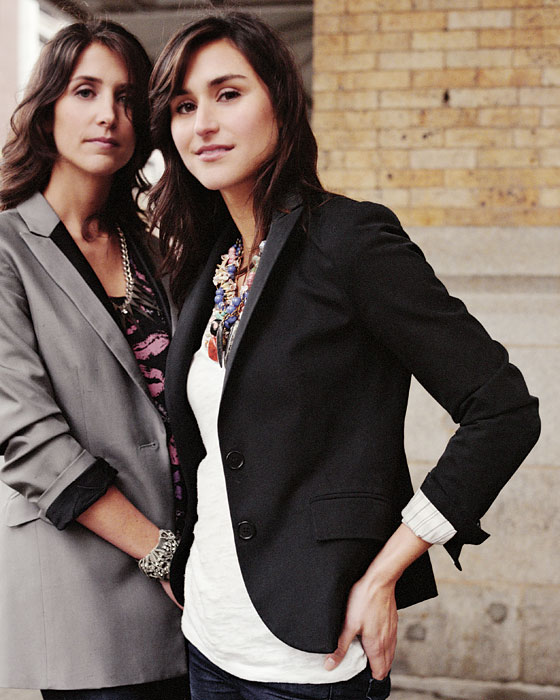 These two gorgeous sisters not only inherited some gorgeous genes but also shared a passion and the genius to start their own fashion label. Danielle is 29 and Jodie is 32 and married but in 2008 they started their own company DanniJo. Their designer label now produces bridal couture, jewellery, handbags and other accessories. There designer label has been endorsed by big names in the industry like Beyonce and Orprah Winfrey. With all these people loving their products, in the process the net profits have sky rocketed to millions.