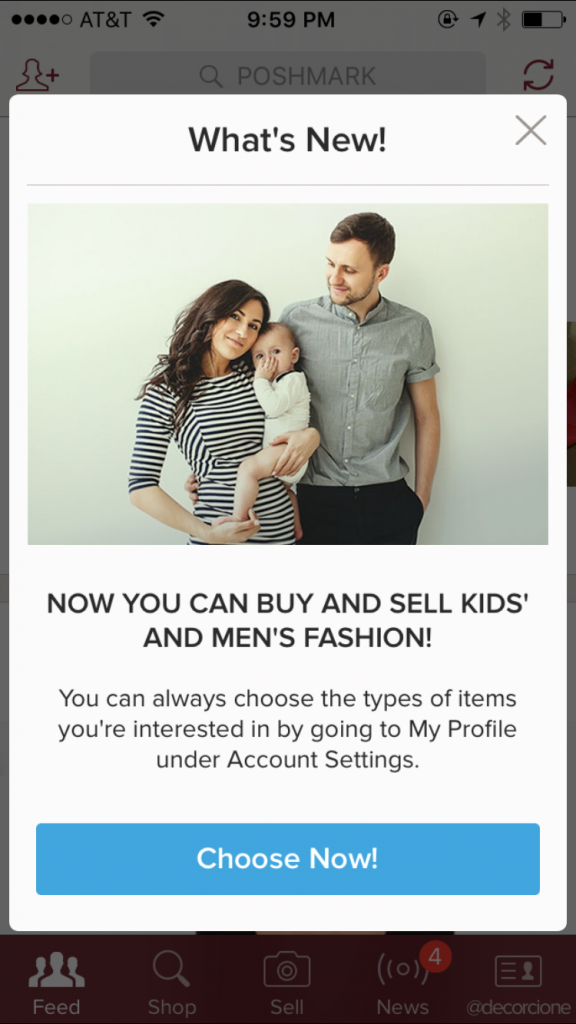 When opening up the Poshmark app on my phone tonight, I received a news-worthy notification: now you can buy and sell kids’ and men’s fashion.

My initial reaction? Awesome! Now my friends that are men and/or parents can shop around Poshmark. No longer is the app exclusive to women’s clothing. I even texted the screenshot of  this notification to one of my best friends, that’s into men’s fashion!

However, as I sat down to write this quick blog post, I had a quick realization. Clothes do not represent gender. Dresses aren’t exclusively for women, the same way tuxedoes aren’t exclusive to men. This is the same for bowties, handbags, makeup, and facial hair.

“Children’s” clothing, too, isn’t always for children. Adults can easily wear kids’ clothing if their figures are petite. Remember that friend with tiny feet that wore kids’ size Uggs? Yeah, they paid less for them, too!

The gender binary in the fashion industry completely erases nonbinary, genderqueer, and gender non-conforming individuals. Although we typically think of these people as androgynous–both male and female in appearance–it doesn’t mean these people are inherently gender neutral in their appearance. They can still pass as feminine or masculine, as well as use male or female pronouns.

Clothes, especially in retail stores, are segregated into two genders. However, rather than adding another department for additional genders, it’s better to remove gender as a label entirely. Gender is complicated beyond a binary. There are fashionistx out there with overlapping gender identities as well.

As far as Poshmark’s new addition, it’s a step in the right direction, but not entirely there. I’m relieved there is more diversity beyond femme-presenting clothes, but I’d like to see the app remove gender from their clothing categories altogether. If Target can do it for its toy department, why can’t Poshmark?