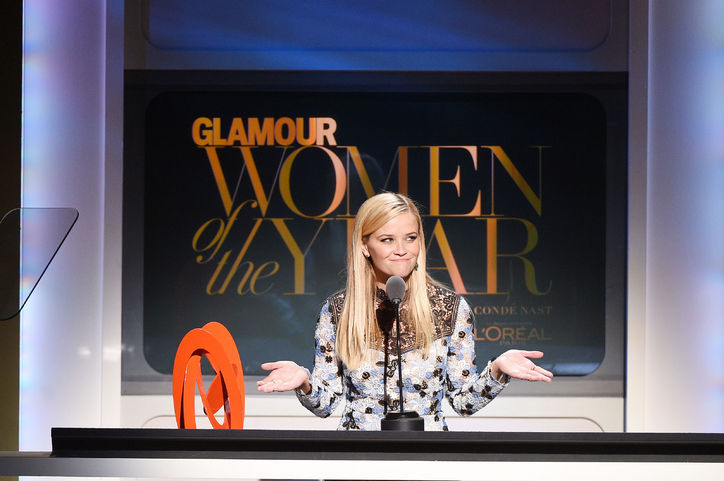 She is one of Hollywood’s most charismatic and beloved movie stars. A couple of months ago, however, Reese Witherspoon received a Woman of the Year Award from Glamour magazine and made a most stunning and impassioned speech about female ambition. Witherspoon declared that female ambition needs to be embraced. It should not be something to be feared she had told a packed Carnegie Hall.

“I believe ambition is not a dirty word,” she said. “I want everybody to close their eyes and think of a dirty word, like a really dirty word. Now, open your eyes. Was any of your words ambition? I didn’t think so. See, I just kind of started wondering lately why female ambition is a trait that people are so afraid of. Why do people have prejudiced opinions about women who accomplish things? Why is that perceived as a negative?”

Witherspoon, 39, says that she discovered her female ambition at the tender age of 14 and has never looked back. She knew she would be an actress and she knew the kinds of female roles she wanted to play. She picked her characters carefully and, as a result, got brilliant and fully textured performances in films like Legally Blonde, Election, and Cruel Intentions.

Witherspoon recalls asking studio executives what type of female roles and characters they were working on and developing and was always met with the same blank look like they had never even considered thinking about such a thing.

“I dreaded reading scripts that have no women involved in their creation because inevitably I get to that part where the girl turns to the guy and asks: ‘What do we do now?’ Do you know any women in any crisis situation who has absolutely no idea what to do?”

Witherspoon commented that she doesn’t like to be underestimated. She has since started her own production company based on her vision of complex and driven female characters. The results have been such films as Gone Girl and Wild.

“What is it in life that you think you can’t accomplish? Or what is it that people have said that you cannot do? Wouldn’t it feel really good to prove them all wrong? Because I believe ambition is not a dirty word. It’s just believing in yourself and your abilities. Imagine this: what would happen if we were all brave enough to be a little more ambitious? I think the world would change.