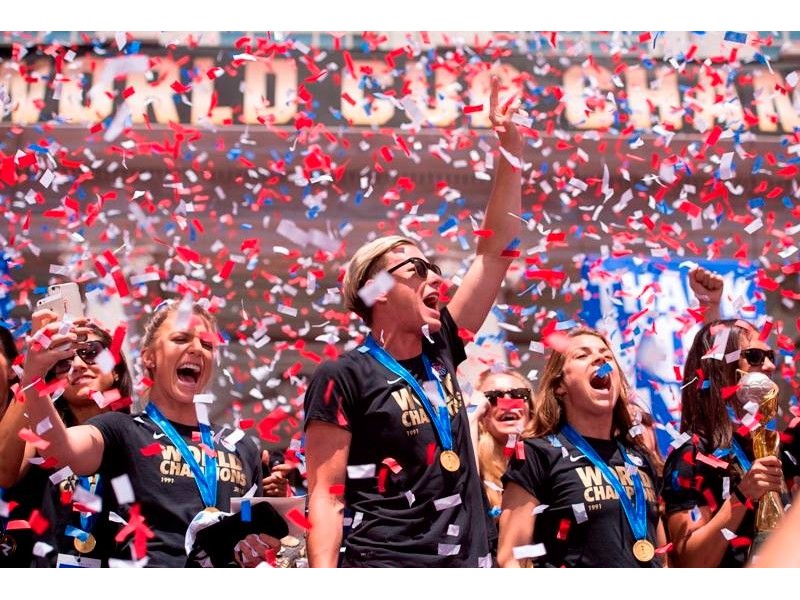 The United States Women’s national soccer team, led by their 5 best players, have filed complaints with both U.S. Soccer and with the Equal Employment Opportunity Commission in an effort to bring attention to the huge wage disparity between men and women in American sports.

The women’s national soccer team are the current reigning World Cup champions as well as Olympic champions. The federal complaint they have recently filed claims wage discrimination. The team states that they are the best that American soccer has to offer and are confronting the American soccer governing body, U.S. Soccer, to bring attention to the huge gap in what they earn and what the American men’s national team earns.

“We have proven our worth over the years,” said team captain Carli Lloyd. “The pay disparity between the men and the women is just too large.”

Lloyd is joined in the fight by team co-captain Becky Sauerbrunn as well as Megan Rapinoe, Alex Morgan and goalie Hope Solo. In their complaint to the EEOC, the women have asked for an open investigation into U.S. Soccer. By launching their initiative, the women are thrusting themselves right into the middle of a heated debate and battle that has been raging for years in professional sports regarding wage discrimination, especially in professional tennis.

The American women’s team is currently the favorite to repeat their Olympic gold medal performance later this summer in Rio De Janerio. The team has been complaining for years about their treatment at the hands of U. S. Soccer. They have long been pointing out that their working conditions, their salaries, a lack of bonuses even though bonuses are paid to the men, as well as their hotel and travel arrangements continue to be far below the standard that is provided to the men’s national team.

They are fed up with their treatment and, again, point to their tremendous success which should garner far more respect than what is currently being shown. In the last 25 years, the men’s national team has made it to the quarterfinals of the World Cup back in 2002. During that time period, however, the women’s national team has won 4 Olympic gold medals and 3 World Cups.